Sadly one Dawlish Prisoner of War did not return home, Private Harry Scott had been taken prisoner in May 1918 and died in a German Hospital. In a letter his mother received from him just before Christmas he said that he was in hospital but was getting better and hoped to be home soon.

The following list of Dawlish POWs was published in the Gazette dated 23rd November 1918:

The relevant cuttings from the Gazette can be seen below. 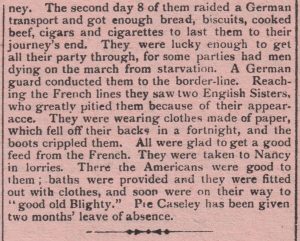 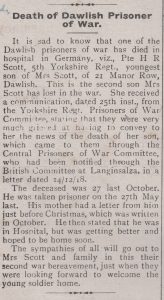