The Dawlish World War One Project is a partnership project between groups in the Dawlish, Holcombe and Cofton area who are commemorating the personnel lost over the period of the First World War. Each person has been remembered on the centenary of their death by a special Service of Commendation to which all were invited. 94 Services were held up to 11th November 2018, conducted by clergy from Churches Together in Dawlish.

The aim has been to build a record of the impact of the First World War on families, the life of the town and, of course, the story of those who went to war, and of the many who did not return. The project covers the civil parish of Dawlish, so that names of those recorded on memorials at Cofton, Dawlish and Holcombe are included. In addition others, who may not be found on War Memorials but are remembered on plaques in churches, are buried in Dawlish Cemetery or are closely associated with Dawlish, are included here.

This is a communal project which started in 2014 and the first phase with funding from the Heritage Lottery Fund and the Town Council ended in April 2016. Dawlish Town Council allocated further funding, for which we are very grateful, to allow continuation of the project to Armistice Day 1918. The project is additive and detailed life stories (posted as a ‘Document’) are complete for casualties up to the centenary of the Armistice, 11th November 1918. Others are being added as they are completed.

The project group met on a regular basis and if you have information you would like to share with them about the project then please contact us.

Below is a photograph taken on Saturday 10th November at the ‘Guns Fall Silent’ event in the Strand Centre, Dawlish. It features the main project team with Cllr Lisa Mayne, the Mayor of Dawlish and the Standard Bearer from Dawlish Branch of the Royal British Legion. 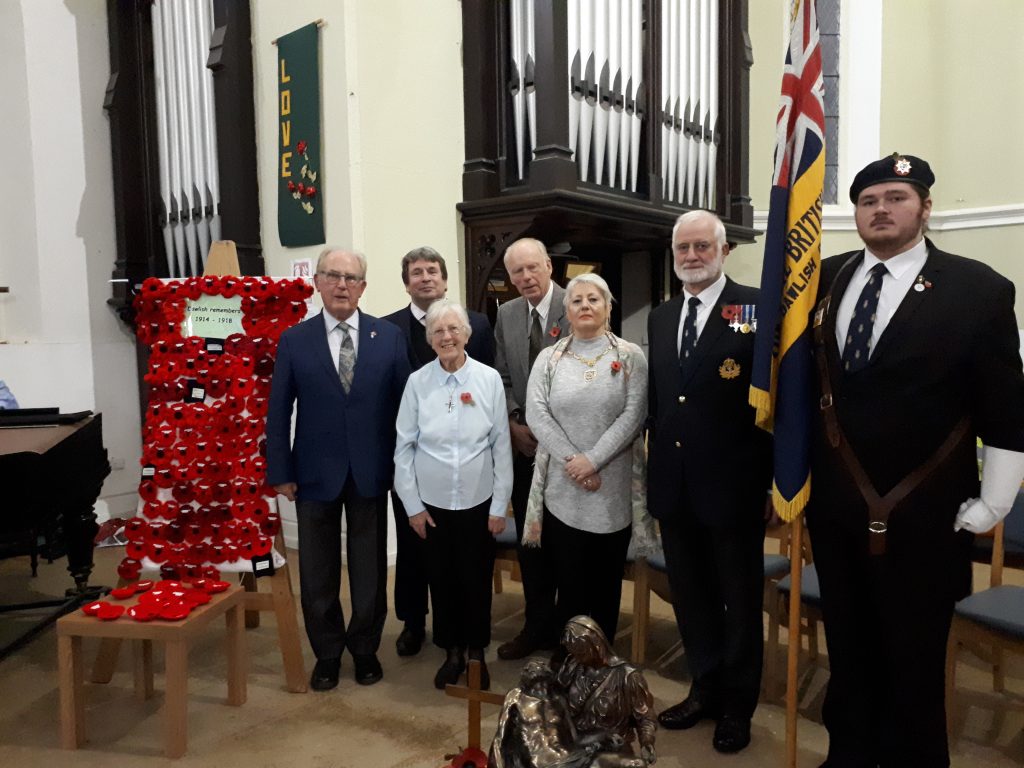 The project has been sponsored by Dawlish Town Council.

Further funding was received from the Heritage Lottery Fund